A collection of materials by anthropologist Kostis Kalantzis.

A note on photographic “dissent”

While browsing my 2006 images from Sphakia (shot in film) I encountered the persistent gaze exercised by the man on the left (Stratis Valiris). I had taken this photograph in my first week of fieldwork at a feast held inside a storage space at a highland Sphakian village. This feast was later presented to me jokingly by its host as one of my primary “baptisms” in the village. This was, in his view, due to my immersion in the realm of idioms central to Sphakian self-envisioning, such as aggressive wine consumption and rizitiko singing. During the time of taking this picture, I had not yet been acquainted with most of my informants yet I did use my camera to photograph people and places, partly because it seemed that this would establish my role in the village.

Registered in this image, as what Benjamin might have described as the “tiny spark of contingency” is the sharp counter-stare of the sitter on the left. His gaze replete with scrutiny, suspicion and defiance constitutes a poignant counter narrative, even if it does not reverse the distribution of roles between photographer and subject. Of course, the man’s sharp stare could be used anew in a photographic project that highlights Sphakian wildness. In any case, this image encapsulates a certain questioning of the photographer’s role and position performed during the moment of shooting.

In light of my later friendship with the sitter (compare with the black and white image below taken a year later and see the drinking of the “cup” image below, taken some five years later)  my visual archive becomes a repository of moments in the history of constantly changing contacts/relationships with others. These moments tend to be forgotten as they are superseded by memories of more recent state of affairs. This photograph is a powerful reminder of the social and personal dynamics that had to do with my acceptance in the village, entailing inspection and provocation by my future informants and friends.

People tend to attribute dancing central and eastern Crete. Contemporary Cultural Associations, however, tend to teach dancing in the Sphakia region, and elsewhere in western Crete. These pictures are  taken at a local celebration and most dancers are young men who received training at a Cultural Association in southern Sphakia.

The drinking of the 'cup'.

A ubiquitous element in feasting practice and  in discussions among men and women in Sphakia is the drinking of 'cups' [kupes] of wine. The drinking takes place in a somewhat standardised way entailing provocation/invitation and subsequent consumption of a (usually) full glass of wine. The person who initially invited/provoked the other(s) is responsible for refilling the glass, while the receiver will in his/her turn invite/provoke someone else from the feasting table. As a result cups circulate throughout the night among tables while their distribution is accompanied by loud enunciation of the receivers' names.  The drinking of  'cups' is a practice that produces immense ambivalence and while it s seen as quintessentially native it is also experienced as a violation of a putative feasting ethos of the past. Hence, the drinking of the 'cups' is enmeshed in fierce discussions about modernity, social change, the worth of past customs and the relationships between generations. 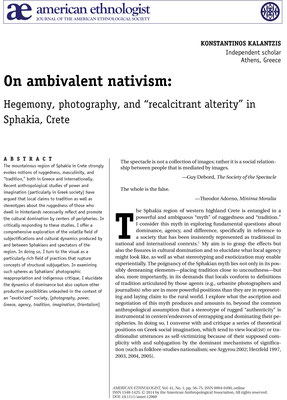 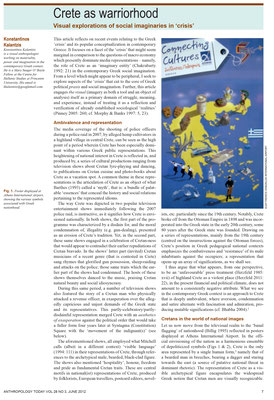 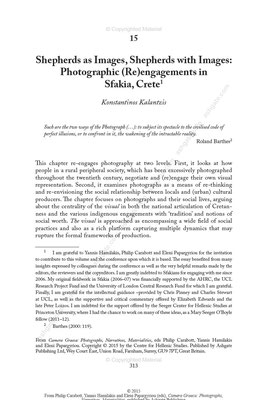 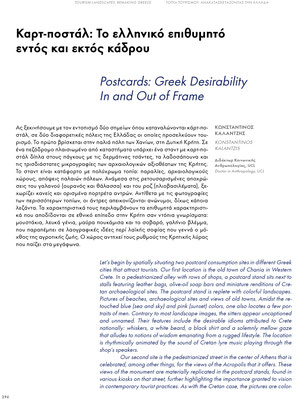 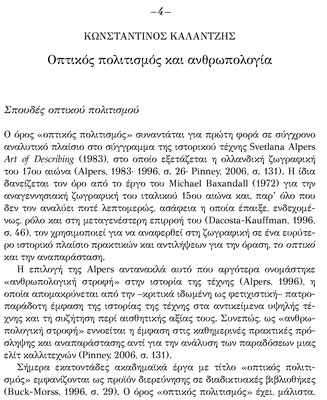